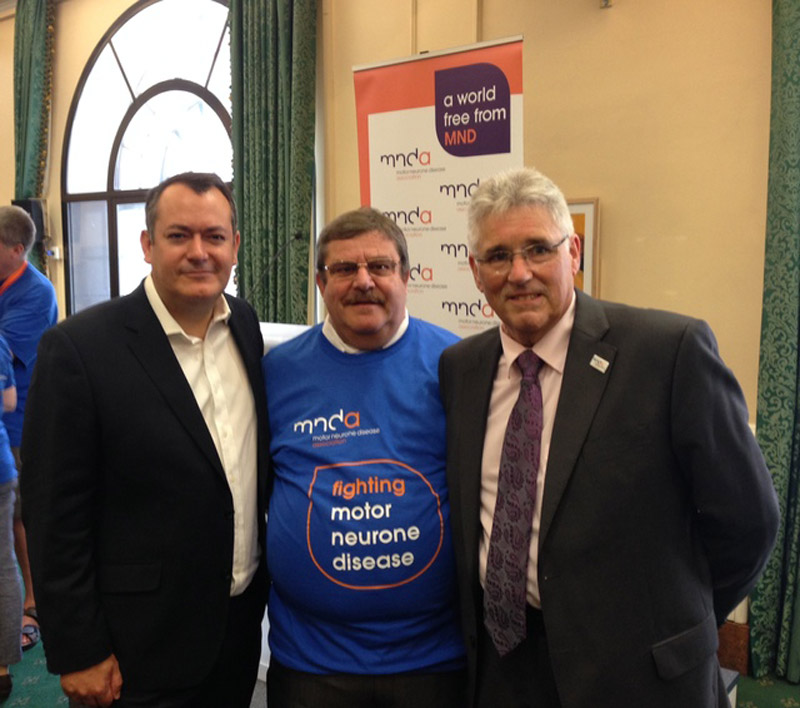 The MP has sent a letter to Barnsley GPs to highlight the importance of early diagnosis after meeting constituent Geoff Bland and Dave Booker at a MND Association reception in London.

Geoff travelled to London from Worsbrough to raise awareness of the condition as his wife Joan sadly passed away in 2013 after suffering from MND.

Mr Dugher said: “I have written to Barnsley GPs calling for the use of the of the ‘Red Flag’ system, where a patient can be tested against a list of MND symptoms, because it’s so important to catch the disease early on.

“We also need to make sure that we react quickly once an MND diagnosis is made, and rapid access to appropriate health and social care and even modifications to the home are all part of that.”