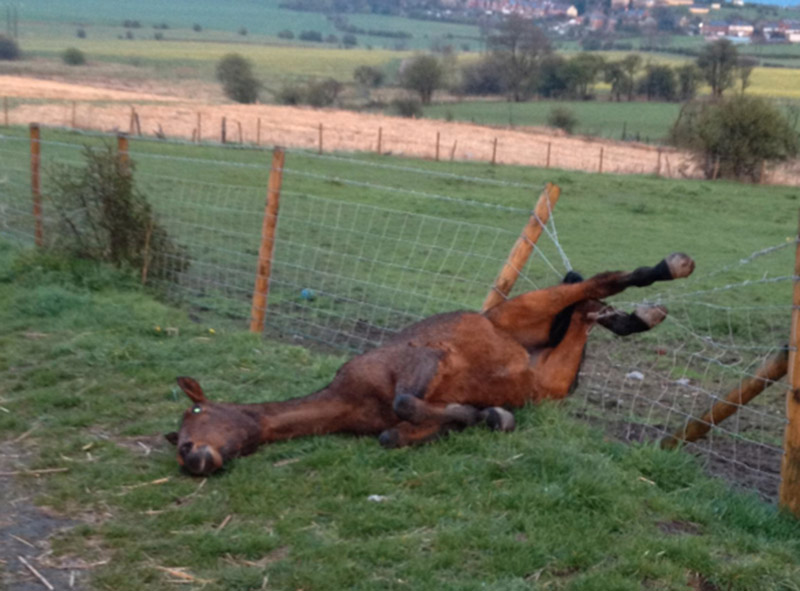 A HORSE that had become tangled in a barb wire fence was rescued by an off duty fireman last night.

Crew Manager Adrian Bell from Cudworth fire station had finished his day shift and was on his way home when he saw the horse on Blacker Lane in Shafton.

Ade contacted the RSPCA and the fire service to attend and eventually the crew from Cudworth was given the go-ahead to cut the horse free.

A spokesman said: "The horse had tried to jump over the fence from its field but its back legs became tangled in the wire. After being cut free the horse made a full recovery."