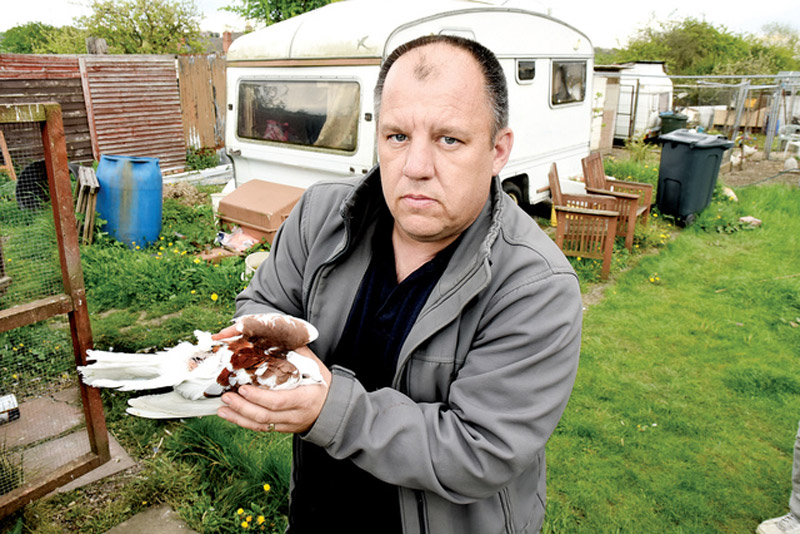 MORE than 50 pigeons were murdered by yobs who broke their legs, pulled off their wings and chopped off their heads.

Scott Algar was horrified when he discovered the scene at his allotment on Field Lane Allotments, Stairfoot, and immediately called the police.

Scott, 41, of Chestnut Crescent, said: "It's quite heartwrenching - I've had some of my pigeons since they were babies and some were 14-years-old. The last bird I had to kill, she only had one wing left and had managed to get herself up two nesting boxes with broken legs to get back to sit on her eggs."