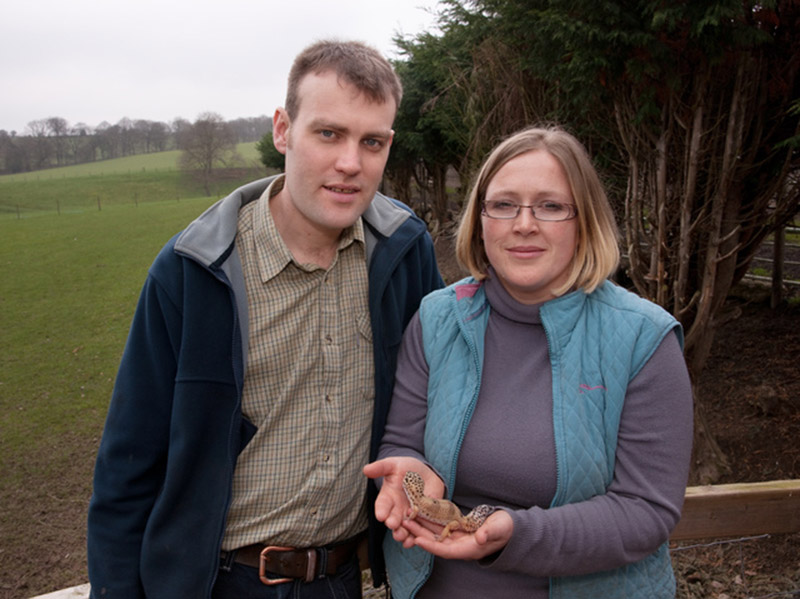 A FARM which has expanded to attract tourists says its decision to charge no admission to see animals was prompted by the recession.

The Charlesworth family own the 60 acres of land at Broad Close Farm, Silkstone, but he decided to diversify five years ago. The farm specialises in rearing rare and traditional breeds of pigs, cows, and sheep, and has a farm shop, coffee shop and new pet store, and its pets’ corner is also home to an expanding collection of more unorthodox animals like geckos, chipmunks and rheas. Jonathan - who runs the farm with his wife Nicola - said: “We offer something different in the region in terms of the meat we sell, but also the experience for our visitors as we don’t charge admission to see our animals. “The recession has had an effect on visitor spending so we’re really hoping that the new pet shop and other improvement plans will encourage families to come along this spring and see Broad Close Farm for themselves. We also want to move in to offering educational visits as we believe that children and adults should be aware of what they eat and how it’s been produced.” Jonathan’s grandfather John first bought the farm, on Cone Lane, in 1957 and then dad Philip took over.

The development of Broad Close Farm is being boosted by specialist help from business support organisation Enterprising Barnsley - a partnership between Barnsley Development Agency and Barnsley Business and Innovation Centre.