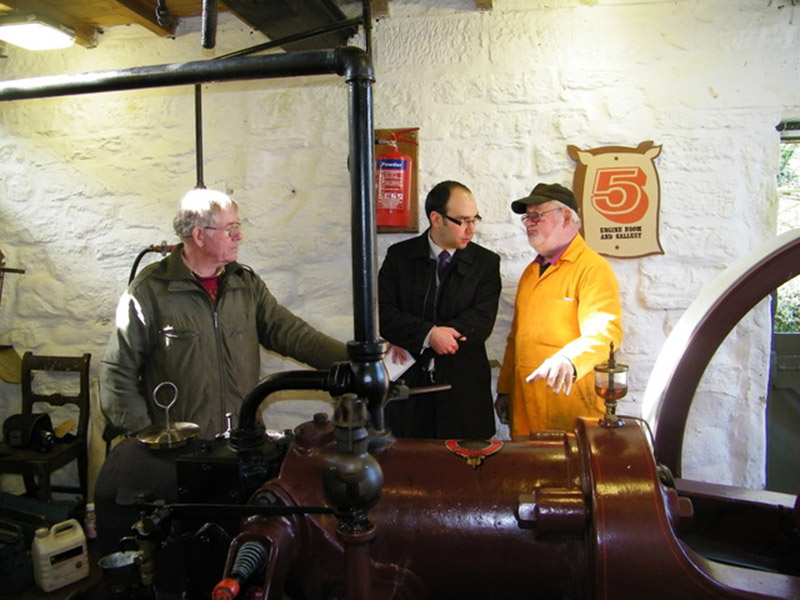 A STEAM engine that offered auxiliary power to Worsbrough Mill has been restored after being untouched for over 16 years.

The 100-year-old Hornsby Bulb engine was restored by two local brothers - John and Alan Roebuck - who spent over a year working on the engine to get it back up and running. John Roebuck said: “As a fitter in engineering for 50 years and as an active member of the Elsecar Railway volunteer group I am interested in old engines so when my brother Alan, who is still working as a machine tool operator, and I saw the hot bulb engine at the mill we thought it was a shame it was no longer running. “We immediately realised the big end bearing was missing but also an oiling ring was missing which would have fed oil onto the bearing to keep it lubricated. We realised that undertaking the replacement of the two parts would be a great challenge as we had no plans or records to work from and the parts were unavailable for inspection so both would have to be made from scratch. “It took us several months to find a piece of brass the size needed to make the bearing and machine it to fit. Then a cardboard cut-out was made as a template for the oiling ring to determine the size. We visited different places that had similar engines and took photographs to help with the dimensions; the oiling ring was then made out of a sheet of solid aluminium. “We were fortunate when at an event at Worsbrough Mill we were introduced to a chap that made glass objects the old fashioned way, by hand blowing. The glass oiling cups which sit on the top of the hot bulb engine and drip oil onto moving parts like the piston were either broken or cracked. The glass blower made new oiling cups for us, so you could say not only were the cups made in the original way, they were also made on site which was very pleasing to see."