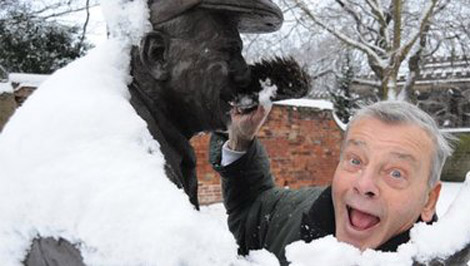 GENEROUS Dickie Bird has forked out £135,000 for a new balcony at Headingley.

The 81-year-old, who has been installed as Yorkshire County Cricket Club's president for a second term, agreed to pay for the balcony before it was built.

Work has now started and the players could be using the balcony for the first time for the match against Warwickshire on April 26.

Dickie believes the new balcony - to be named in his honour - will be a major addition to the facilities at Headingley.

He said: "The amount was announced at a meeting of the members who voted 96 per cent in favour of me serving a second term as president.

"When the members were told how much I was paying for the balcony, well I swear some of them looked like they were going to collapse with shock.

"Yes it's a lot of money but the balcony is well worth it."