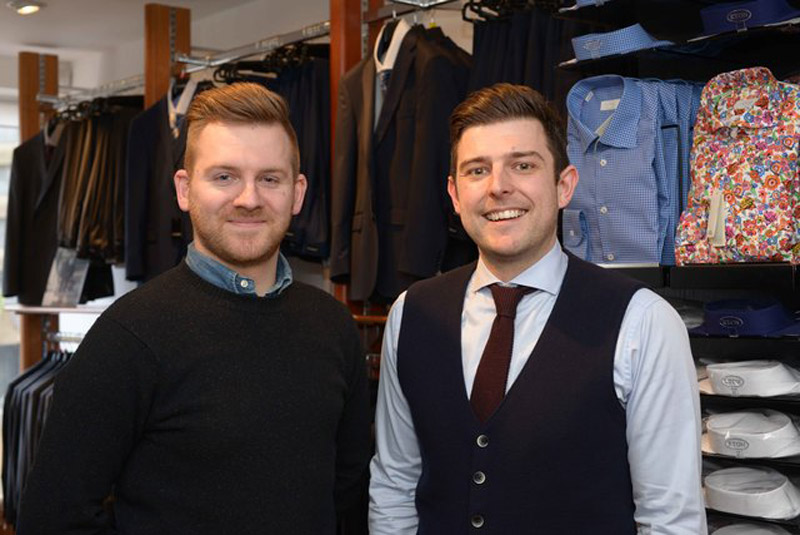 A FASHION retailer which first opened in Barnsley 75 years ago has begun a new chapter in its history.

Ashworth & Bird, in Eldon Street, has changed its name from Frank Bird Menswear under which it has traded since 1939.

The move is part of a rebranding by the independent retail group which now owns the store, and staff report the change has been well received by customers.

It's being supported by the Barnsley Business and Innovation Centre (BBIC) through the Enterprising Barnsley programme, which is funded by Barnsley Council.

Frank Bird's aim, however difficult at the time, was to seek out the finest ranges of menswear available throughout Europe.

His son, Malcolm, later took over the reins and ran the store and its sister shop in Wakefield until he retired six years ago and sold the business to Jersey-based Richard Clews.

The nine stores in Richard’s portfolio, which sell designer fashion and accessories for men, women and children, were all brought under the Ashworth & Bird banner last year.

Kevin Steel, Enterprising Barnsley’s business development manager at BBIC, said: "The name of 'Frank Bird' has been synonymous with Barnsley and fine quality for many years.

"As well as being part of the town's heritage, it's a huge asset to our retail offering and I've been a customer myself for a number of years.

"We're delighted to be able to support Ashworth & Bird going forward with their new brand and we wish them another 75 years of success."