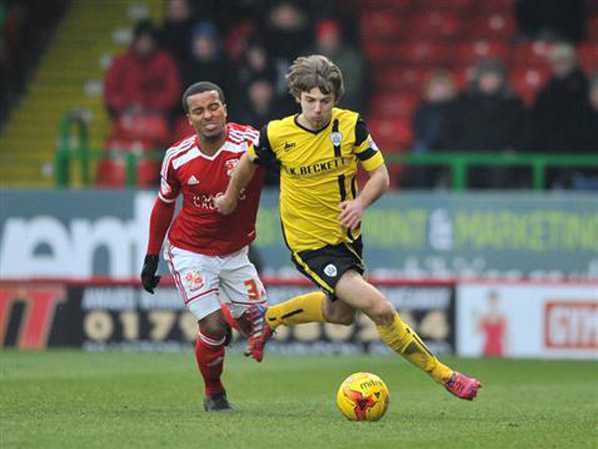 MANCHESTER United loanee Ben Pearson has extended his stay with Barnsley until the end of the season.

The 20-year-old has been a key part of the Reds' resurgence since arriving on a short-term loan on January 8.

Their five-game winning streak, a run which has seen them go from hovering above the relegation zone to being on the brink of the play-offs, will be boosted by Pearson's loan extension.

He said: "We weren't consistent before but everyone's digging in and you're seeing that in the results.

"We've got just as good a chance as the teams around us of making the play-offs, if not better, because we have the momentum."

Colchester United's Jabo Ibehre and Cardiff City's Declan John have also joined the Reds on loan until the end of the League One campaign.