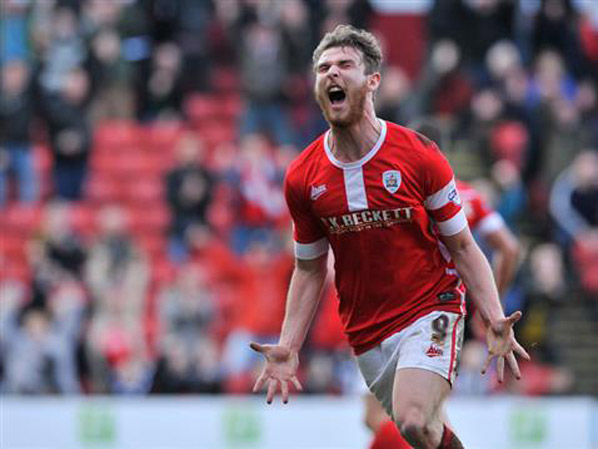 A FIFTH win in a row moved Barnsley up to seventh in the League One standings.

Lee Johnson's side registered another win on Saturday, this time beating Walsall 3-0 at Oakwell.

In-form George Waring, the 20-year-old loanee from Stoke, continued his impressive goalscoring run and found the back of the net in both halves before Sam Winnall returned from a three-month lay-off to seal the points.

The win puts the Reds one place below the play-off places, but level on points with South Yorkshire rivals Doncaster who occupy the vital sixth place.

Barnsley, who now go back on the road for their next two games against Oldham and Leyton Orient, also have two crucial clashes against promotion contenders Preston and table-topping Bristol City.

Johnson said: "I'm delighted with the win - it's a really good three points for us given the fact it was our third game in a week.

"It wasn't the finished article and maybe 3-0 flattered us, but there was a nice atmosphere and it certainly gives the players and everyone else a boost."

Winnall, who made his comeback from injury and got on the score sheet, added: "It's my first goal in three months so it was a fantastic feeling.

"It's been a frustrating time for me so to get back and score straight away is phenomenal."