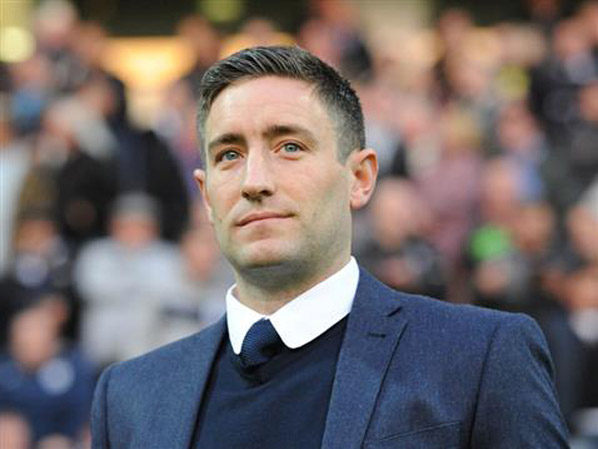 The 33-year-old was a midfield player, primarily with Yeovil and Bristol City, and he joins the Reds from Oldham Athletic where he was manager.

He will bring with him Tommy Wright as his assistant.

A statement from the club said: "In the interests of openness, the board feels that it is appropriate to set out to fans the approach taken in the recruitment of our new head coach.

"It was stated at the outset that Mark Burton would act only in a caretaker capacity. Mark is extremely important to our club in his role in the academy as guardian of our youth policy, player evaluation and playing philosophy.

"The fact that seven academy graduates have made their debuts so far this season is testament to the work Mark is doing.

"The club received a large number of applicants for the post and other prospective candidates were approached. Some of those that appeared popular in the eyes of the supporters qualified themselves out from consideration by seeking higher ranked coaching opportunities.

"Money was never an issue. From the outset the board was determined that it was seeking young candidates with strong coaching credentials and astute tactical awareness.

"A clear and attractive football philosophy and a viable plan to implement that philosophy was also sought. The board also gave some credit for a knowledge of our club’s current playing contingent, the teams in our division and proven ability to recruit players with development potential.

"A small number of candidates were interviewed and Lee Johnson was selected as significantly the best of these.

"He is honest, passionate and a good communicator. Lee believes strongly in fan engagement. He is ambitious and has a clear vision for the development of our club going forward."