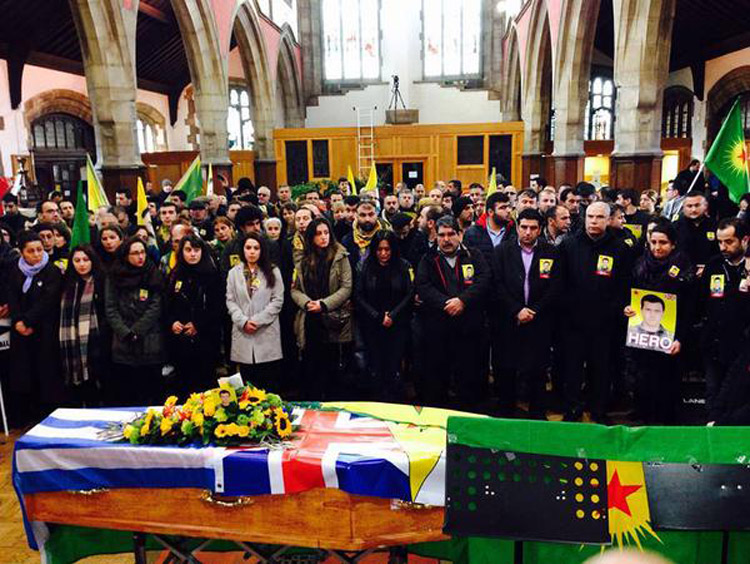 HUNDREDS of people turned out to pay their respects to a Barnsley soldier who died fighting the Islamic State in Syria.

Kosta Erik Scurfield, 25, became the first British national to lose his life fighting extremists in the war-torn country on March 2.

His funeral was held on March 26 at a Greek Orthadox church in Nottingham, where it's believed he has extended family.

Prior to his death, he recorded video footage of himself - dressed in army fatigues - in which he said: "My name is Konstandinos Erik Scurfield. I came here on my own free will and I came here to help."

His coffin was draped with a Kurdish flag and mourners clutched posters bearing his face and the word 'hero'.