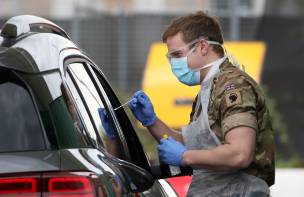 A SEVEN-YEAR-OLD boy who was hit by a scooter is on the mend after being released from hospital.

They youngster was hit on Merrill Road, Thurnscoe, on January 27 and was seriously injured.

He had been getting out of a taxi at around 7pm and sustained serious head and leg injuries.

A spokesman from Sheffield Children's Hospital confirmed that the boy has since been released.