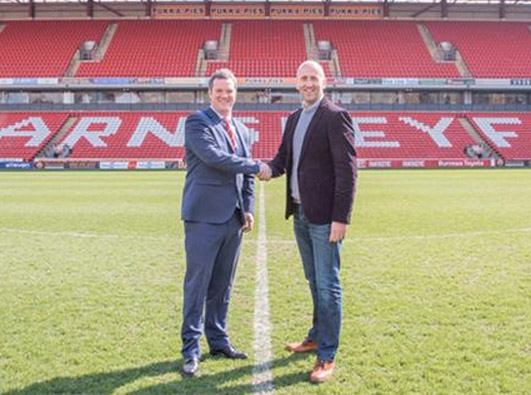 The contract commences at the start of the 2015/16 season and will see Puma supply the club with their kits and training wear.

Reds chief executive Ben Mansford said: "We're thrilled and delighted to have entered into a partnership with such a leading brand.

"This new deal once again demonstrates the significant progress that has been made commercially here at Barnsley Football Club."

The opening of the club's new retail store will see the launch of the 2015/16 home kit which will be on sale in store and online in early June, closely followed by the away kit launch the following month.