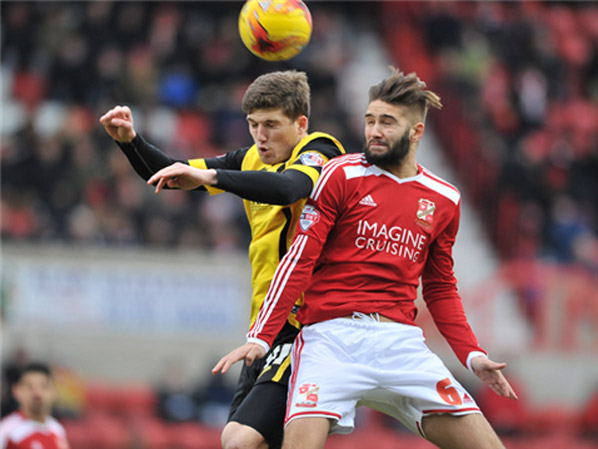 THE Reds were comfortably beaten by promotion-chasing Swindon on Saturday.

After back-to-back wins, Barnsley's play-off chances had been considerably improved going into the Swindon clash, but an early goal from Raphael Rossi Branco immediately put them on the back foot.

The former league leaders should have doubled their advantage soon after when Paul Digby brought down Chelsea loanee John Swift in the box.

However, Ross Turnbull was equal to Andy Williams' penalty to keep the deficit at one going into half-time.

Conor Hourihane's introduction in the second half boosted the Reds' intensity, but it was Ben Gladwin who sealed the points for high-flying Swindon six minutes from time.

Barnsley's poor away run, in which they've failed to win in the league since November 1, hasn't done much damage to their top six hopes and remain five points adrift.