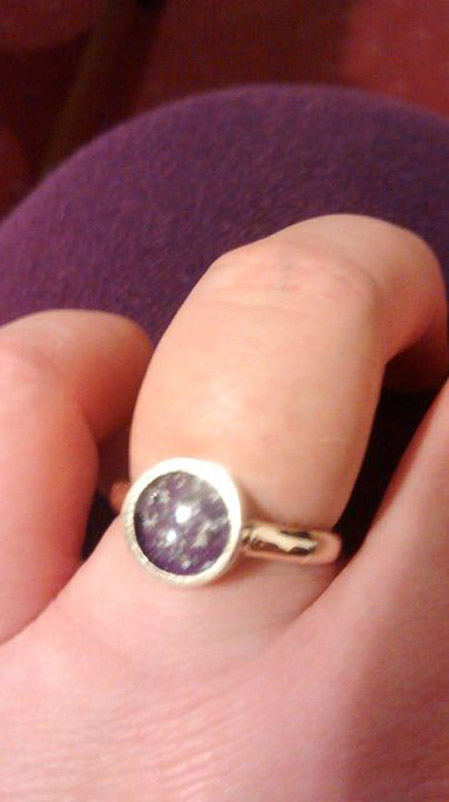 A GRIEVING mum who lost her two young sons in a house fire has had their ashes made into a ring.

Darren, 44, also died in the fire which is believed to have been started deliberately.

Claire said: "I have deliberately put the boys' ring on my wedding finger because there's a vein that runs directly to the heart.

"It will be a symbol of love shared between Jack, Paul and I which will last throughout time to infinity and beyond.

"While I will grow old as time moves on they will remain the same in my ring forever, safely wrapped in love but forever near to my heart."