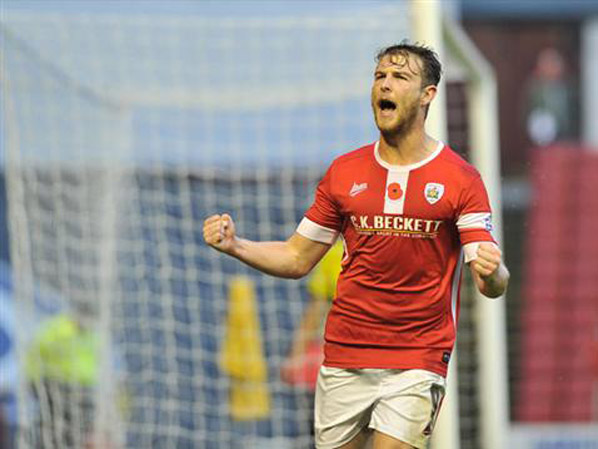 Reds Bounce Back After Consecutive Defeats

THE Reds ended their two-game losing streak with a 2-1 victory against Port Vale on Saturday.

Following away losses at Doncaster and MK Dons, Barnsley sat just two points above the League One relegation zone going into the crucial clash against their mid-table visitors.

After a nervy opening 45 minutes, Vale goalkeeper Chris Neal handed Danny Wilson's side the lead when he fumbled into his own net to put the hosts ahead at the break.

It got even better for Barnsley just a minute into the second half when Ben Pearson, on loan from Manchester United, doubled the advantage after a box-to-box run and finish.

Sam Winnall was another highlight for everyone inside the stadium, who returned from injury after two months on the sidelines.

Wilson said: "We’ve missed Sam's goals and his energy. When he came on, he gave everybody a lift.

"Let’s hope he’s at the end of his little niggles injury-wise and we can keep him fit until the end of the season because he’ll be a great asset to us."

Next up for the Reds is a home match against Oldham tomorrow night.