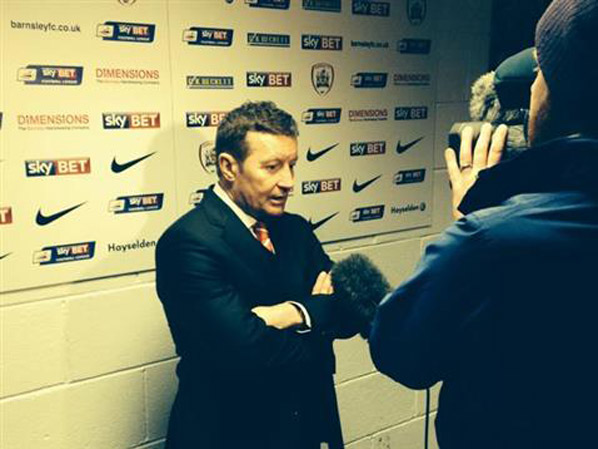 A resolute Barnsley weathered Boro's attempts early on, with Ross Turnbull denying Spanish striker Kike on several occasions, but the visitors eventually broke through in the 48th minute through Jelle Vossen.

Turnbull continued to impress and Barnsley's chances of an equaliser were boosted when Adam Clayton was sent off for two fouls on Leroy Lita with 15 minutes to go.

The dismissal seemed to lift the hosts, with Boro keeper Tomas Mejias springing into action to tip Conor Hourihane's effort over the bar.

However, the Teesside club responded and doubled their advantage soon after, securing their place in the fourth round through Daniel Ayala's powerful header.

Wilson said: "You're always disappointed when you're in good situations and good positions but it fizzles out - we did that too many times today.

"We had great situations that were developing and you could see Middlesbrough, as a team, were scrambling to get back to us and then we just gave possession away. It really let them off the hook on more than one occasion."