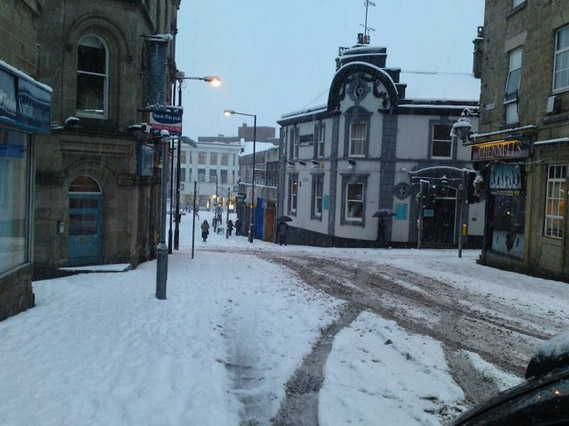 POLICE call handlers have been praised after dealing with thousands of people as snow hit on Boxing Day.

Between midnight and 11.45pm on December 26, call handlers answered 3,841 calls, the majority of which were snow related.

Officers on the ground worked through the night to get motorists moving but it wasn’t just police officers who pulled together to help get people home.

Conditions were still difficult the following day, with road policing officers responding to more than 30 collisions on the M1 as well as hundreds of other incidents across the county.

Chief Inspector Glen Suttenwood said: "When the heavy snow started falling and the calls started coming in it was very much all hands to the pump.

"Most of the incidents coming in were quite minor but it was just the sheer volume.

"Officers across the force showed dedication and commitment during that time, staying on duty to help people in need.

"Our main role was just to get people moving and we did that with help from partner agencies and members of the public - together we have strength in unity."