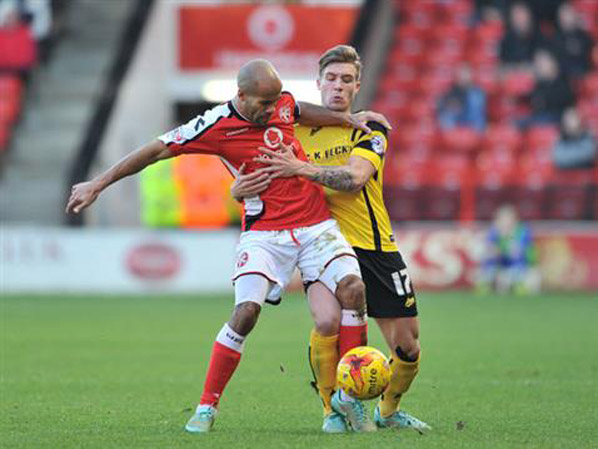 THE Reds slipped to within three points of the relegation zone after a 3-1 defeat against Walsall on Saturday.

Lewin Nyatanga put Barnsley ahead just before the half hour mark, heading in a Conor Hourihane corner to put the visitors in control.

However, the lead proved to be short-lived and Danny Wilson's men conceded just two minutes later thanks to Jordan Cook's well-taken half volley.

The goal buoyed the hosts and they found themselves ahead when Tom Bradshaw drilled home to cap off a frantic five-minute spell.

Barnsley piled on the pressure after the break as they went on the hunt for an equaliser, but it was Cook who sealed the points for Walsall with his second of the afternoon deep into stoppage time.

The win stretched mid-table Walsall's unbeaten run to six league games, while the Reds have failed to register three points in five attempts.

Wilson said: "It was a lot better today, so from that point of view it's something we can take into Tuesday's game (FA Cup replay, away at Chester).

"Their third goal makes it seem there was quite a distance between the two teams but it was far from that. We had the lion's share of possession in the second half and we didn't make it count."