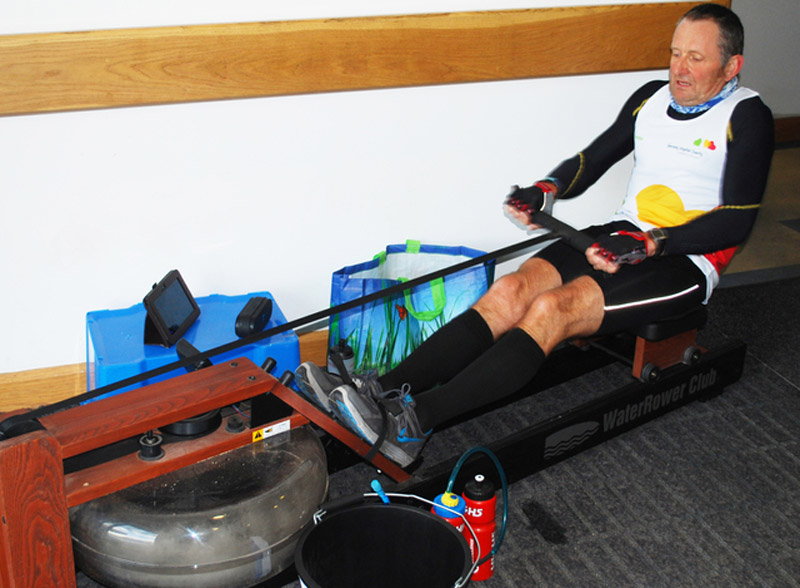 A DOCTOR from Barnsley Hospital has raised almost £700 after completing a virtual row from Dover to Calais and back again.

Starting at 9.30am, consultant anaesthetist Cris Swinhoe conquered the Channel and virtually arrived at Calais at 11.42am.

Stopping for an imaginary baguette and a few choice refreshments, the good doctor left fantasy France at 12.40pm, making it back to Blighty at 2:55pm - rowing an impressive 68 kilometres.

Cris said: "I took on this challenge as it was a great way to contribute to the cost of new equipment for the anaesthetics department.

"It was also a fantastic chance to engage people with the work we do and, hopefully, an interesting way to raise funds!"

It comes just two months after serial fundraiser Cris led a team on a virtual cycle from Land's End to John O'Groats.