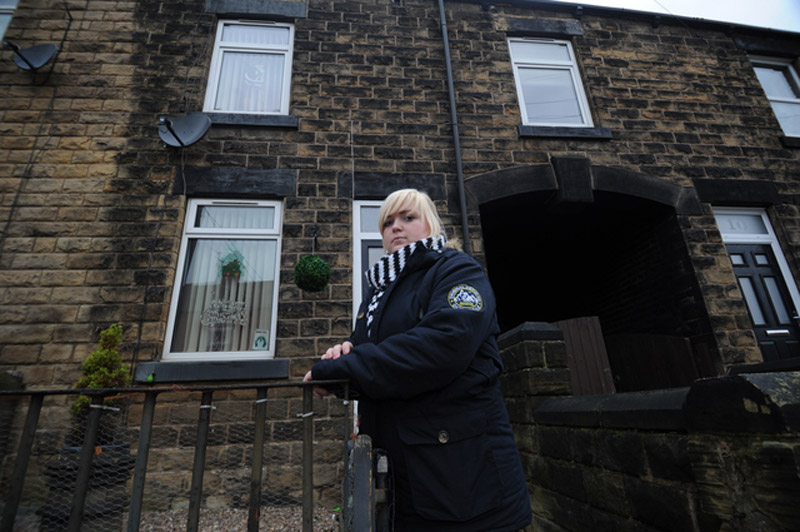 Rats Force Woman Out Of Home

RATS have forced a woman out of her home.

Laura Smith, 21, is now staying with relatives after being unable to get rid of the rats in her Wombwell home.

The final straw came last Monday when a large rat jumped out of a wall cupboard and ran across her boyfriend's shoulder and onto Laura before escaping.

Laura moved into her home in July, but her problems started in August.

Laura began hearing scratching noises at night, under the cupboards. Then she started to find food missing, such as packets of crisps which had been eaten with tiny teeth marks left on the packets.

The first rat made an appearance one evening whilst Laura and boyfriend Wayne Preene, 28, were watching TV and they spotted it sitting in the middle of the kitchen.

"I just have fear all the time, especially in the kitchen," she said. "I daren't go back in the cupboards and it's worse because you know they have been near your plates and things."

Pest control visited the home about a month ago after her landlord contacted the council, but said there was nothing they could do.

"At this time of year rats tend to be out in the open as their natural food source has disappeared and they start foraging for food.

"People can help to prevent rats around their property by making sure any rubbish is disposed of properly."