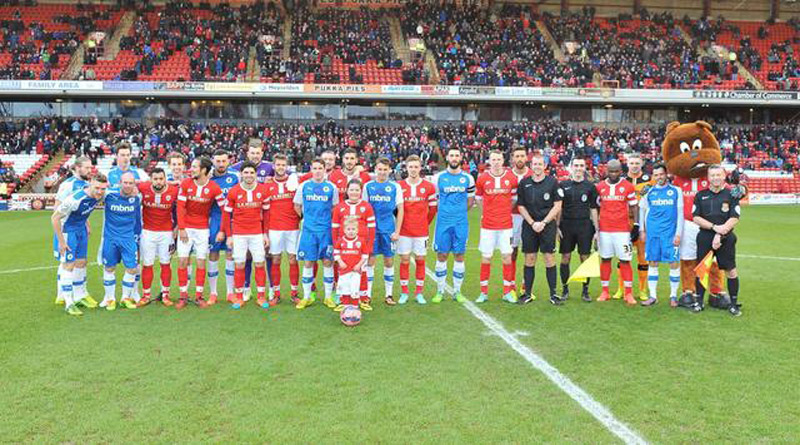 THE Reds will count themselves lucky to still be in the FA Cup after lowly Chester held them to a 0-0 draw at Oakwell yesterday.

Over 2,000 fans from the Conference club made the trip to Barnsley and they were nearly rewarded on several occasions in the first half, with Ross Turnbull tipping a deflected effort onto the bar before Joe Dudgeon cleared off his line.

The visitors did find the back of the net with 20 minutes remaining, but Ben Heneghan's goal was ruled out as offside to save the Reds' blushes.

Barnsley ended the game the stronger, forcing Chester's Jon Worsnop into action before the final whistle sounded to secure the minnows a deserved replay.

Danny Wilson said: "We're very lucky to still be in the cup. I know we both had chances but Chester played very well.

"The only good thing is we're going back to Chester and we know what's in front of us. We know if we're not at our best, we could go out.

"We huffed and puffed and tried getting our full-backs down the pitch but we didn't get going."

The Reds will be live on BT Sport for the replay at Chester on December 16 at 7:45pm.