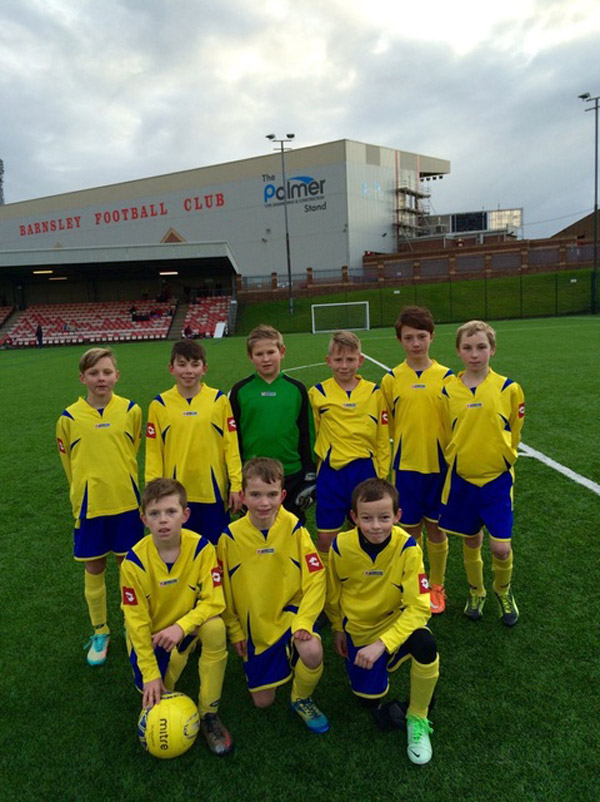 A PRIMARY school's football team is one step away from Wembley.

All-conquering Ward Green Primary's lads, aged nine, ten and 11, have qualified for the northern finals of a national schools competition.

They qualified after seeing off the challenge of 50 school teams from around Barnsley.

In the final at Oakwell, the Ward Green side - which is jointly managed by PE teachers Chris Wood and Lee Strafford - played Tankersley and emerged 2-0 winners.

Mr Wood said: "We will now go to regional finals to represent Barnsley. The winners of the regional finals will progress to play in the all England finals at Wembley in May.

returned to school with the good news."