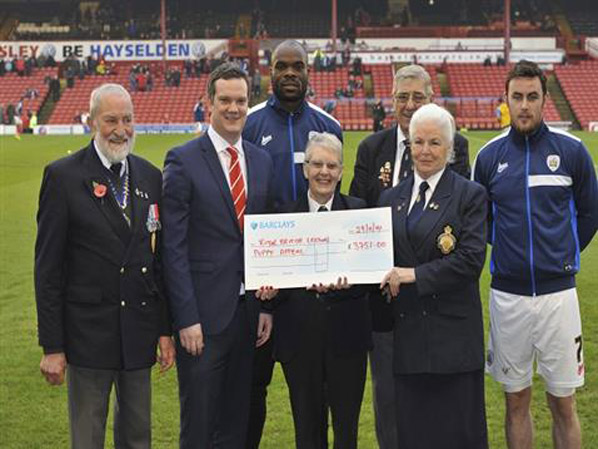 BARNSLEY supporters have raised almost £4,000 for the Poppy Appeal.

The shirts worn in the FA Cup demolition of Burton Albion were auctioned off online by the club, all in aid of the Royal British Legion's appeal.

They created the Poppy Appeal to help those returning from the First World War. A century on from the start of that conflict, they're still helping today's Armed Forces families in much the same way, whether coping with bereavement, living with disability or finding employment.

Barnsley FC chief executive Ben Mansford said: "Through the auction of the signed shirts we're delighted to donate this fantastic sum of money to the Royal British Legion.

"The charity works tirelessly throughout the year to ensure that serving and retired Armed Forces personnel and their families receive the support they need, so we are proud to get behind the Poppy Appeal.

"The amount raised by our supporters goes to show how deeply the work of the charity is cherished and we cannot thank all bidders enough for their kindness and generosity."