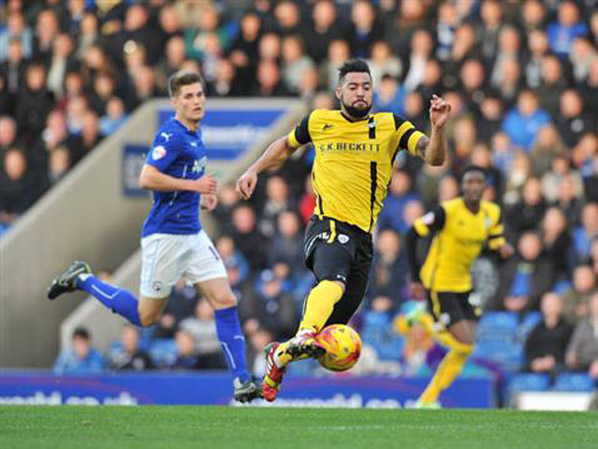 THE Reds' four-match unbeaten run came to an end on Saturday.

Danny Wilson's in-form side would have fancied their chances, with opponents Chesterfield going into the mid-table clash without a win in seven league games.

But striker Eoin Doyle scored in each half to give the hosts a comfortable two-goal cushion, before Keith Treacy's 85th-minute effort halved Barnsley's deficit.

However, the Reds couldn't draw level in the little time they had left and Chesterfield's win resulted in them leapfrogging Barnsley in the League One standings.

"We've lost the game with a couple of incidents in our defensive area," Wilson said. "That was the major problem. Two long balls down the middle of us has cost us twice, other than that I feel we played quite well.

"The two isolated incidents have costed us the game. The second goal, in particular, was a killer one because at that moment we were getting back into the game.

"We can't really complain because we've had a lot of chances. Unfortunately we didn't take our chances like we have done in recent games."