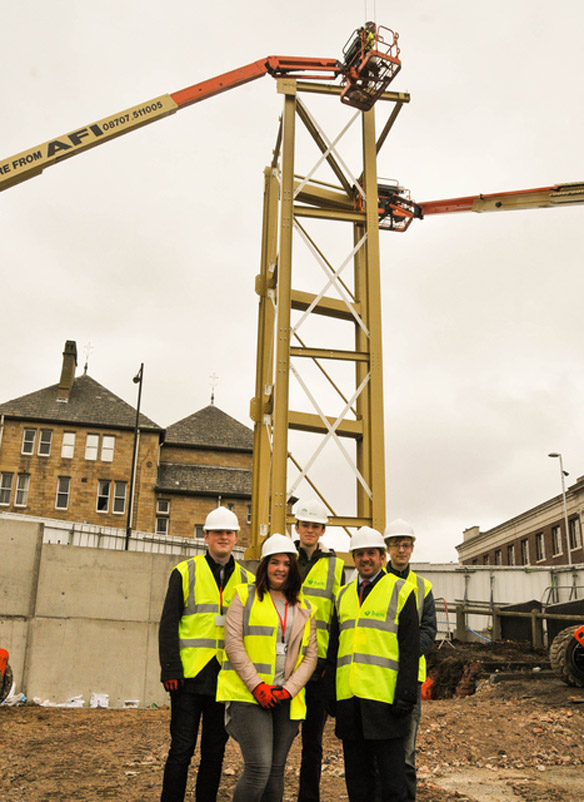 STEEL manufactured in Barnsley is forming the frame of the new sixth form college on St Mary’s Place.

Steelwork erection commenced at the new site last week, all made locally by Wombwell-based Billington Structures.

Gerard said: "This an exciting step closer to our new sixth form college's opening. It's been important to us from the start that the building work uses locally-made materials."