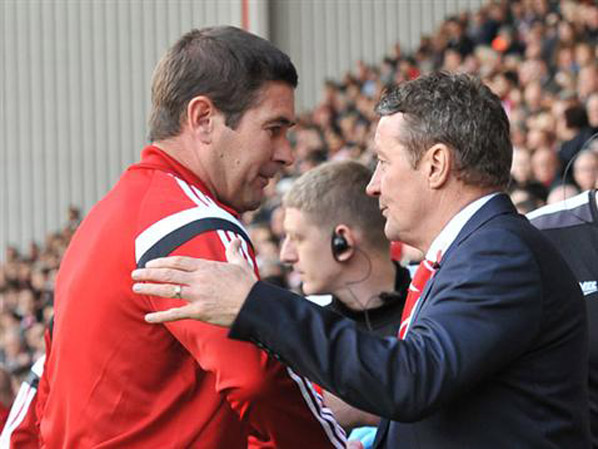 THE Reds ended their three-game winless streak to come away with three points in the South Yorkshire derby on Saturday.

Over 3,000 Reds fans made the short distance to Bramall Lane to see Danny Wilson's men in action against Nigel Clough's in-form Sheffield United.

The home side - cheered on by a near-capacity 24,495 crowd - almost opened the scoring after only eight minutes when Craig Alcock's header was scrambled off the line by Ross Turnbull.

But it was Barnsley's Sam Winnall who broke the deadlock to put his side 1-0 up ten minutes into the second half. The striker - a summer signing from Scunthorpe - met a Conor Hourihane corner to head home what proved to be the winner.

Barnsley, who sit in mid-table on 19 points, are seven points off the play-off places but go into the FA Cup weekend with confidence having taken four points from their last two matches against tough opposition.

They held table-topping Bristol City before the Sheffield United triumph, who had gone into the derby on a run of three consecutive wins.

He said: "Overall it was a tremendous display and a performance we had to have here. The atmosphere was fantastic.

"The strikers worked their tails off and we all defended very, very well."