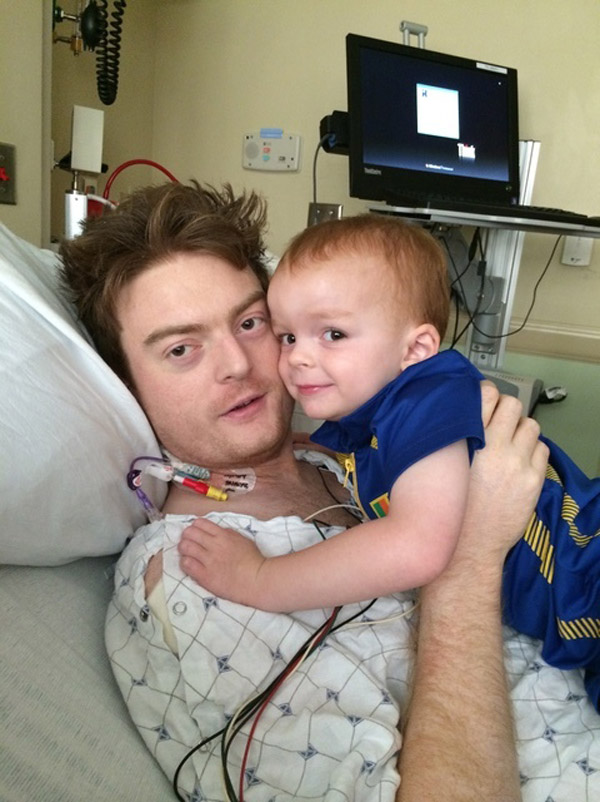 A FORMER Chronicle sports reporter who defied the odds and made a miraculous recovery from malaria is due back in Barnsley.

Matthew Murray, of Pogmoor, picked up the disease in Kenya where he had been working at the One by One orphanage in Kenya, which he and his wife Becky run.

He returned to the UK for a few days before heading to America on a fundraising trip for the orphanage, when he became ill in Alabama.

Doctors initially tested for ebola and placed him in an isolation room while they performed tests.

After being cleared of the deadly disease, he then found out he had contracted the most serious form of malaria - plasmodium falciparum.

"Doctors told my wife to prepare for the worst as there was a very good chance I'd die," he said. "If you've got five per cent in your blood, you're in trouble.

"I got up to 50 per cent, meaning half of my bloodstream was filled with this parasite.

"My liver, kidneys, heart and lungs were all going into failure, so they told us to prepare for the worst as they told me they couldn't do anything more."

But then Matthew's body fought back and defied the odds to get onto the recovery path. He is flying back to Barnsley today (Thursday).

"It's just going to be a slow recovery now," he added. "I'll take it easy when I'm home but it's not deterred me from my work - I will be back in Africa to complete my mission."