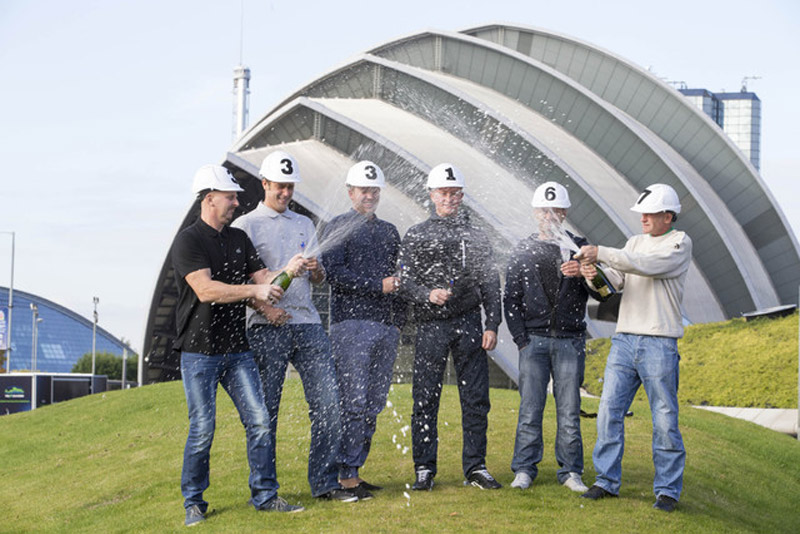 SIX construction workers from Barnsley are celebrating after scooping more than £300,000 on the EuroMillions - the first time they ever played together.

The 'Six of the Best' syndicate matched five numbers and one lucky star in last Tuesday's draw.

Nigel said: "I buy a ticket for EuroMillions when it’s a rollover and had bought mine one morning before work. A couple of the lads are new to the team and we were chatting and decided we would give it a go as a syndicate.

"We each put on three Lucky Dips. Four of us had checked our tickets on the way to work and when we arrived Ashley checked what turned out to be the winning ticket. We heard him shouting a mile away.

"We had checked the tickets at 7am and the claim line didn’t open until 9am so we were all pacing up and down until we knew everything was confirmed.

"We’re over the moon with our win. We went out for a celebration at the weekend when we were home and we were treated like pop stars.

"It hasn’t really sunk in yet so no one has decided what to spend their money on at this stage but I’m sure there will be a few holidays being planned."