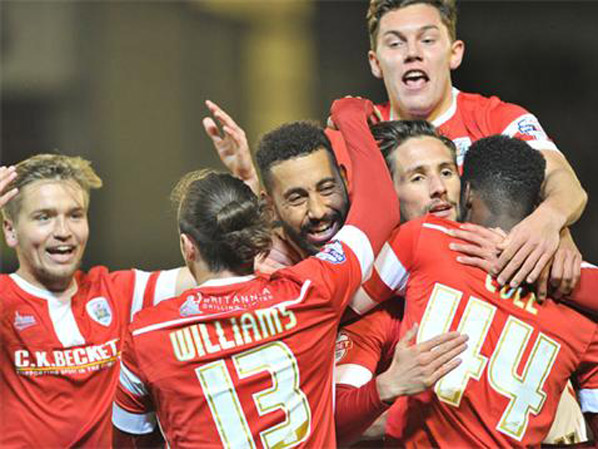 THE Reds' poor home form continued last night as they threw away a two-goal lead to suffer a 3-2 defeat against high-flying Notts County.

County halved their deficit through Garry Thompson to cap off a frantic opening 20 minutes, with the Reds holding on to their lead at the interval.

Michael Petrasso levelled things up after the hour mark, before he grabbed his second and County's third with what turned out to be the winner nine minutes later.

"We should have been four up at half time," said Danny Wilson, whose side have lost five in eight at home. "They've had four chances maybe, but three of them ended up in the net.

"Our attacking play was excellent. Defensively it was very, very poor and that's something we have to address."