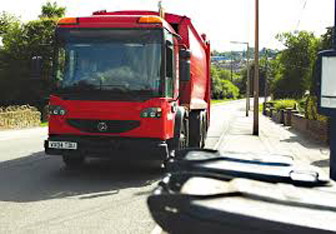 BARNSLEY Council has apologised to residents who still haven't received bigger bins after a six-month wait.

Scores of people have contacted We Are Barnsley in the past two weeks claiming that their orders have fallen on deaf ears, with many waiting months for their delivery.

Angry resident Rhonda Moore said: "When they made changes to bin collections and recycling I was told any bigger bins needed would be delivered for free.

"I let them know that I needed a larger blue and brown bins, but that was in March. It's October and I'm still waiting.

"I ring every month and get told they're not sure why it's taking so long."

A council spokesperson said: "So far we’ve delivered bins to over 30,000 residents who ordered their bins in response to the recycling changes introduced in March.

"However, it’s become apparent that there have been some orders that have been overlooked. Therefore we're in the process of identifying these properties and we will be completing further deliveries to them over the next few weeks.

"We apologise to any residents who have been waiting for bins to be delivered."

Any resident who ordered their recycling bins prior to the end of July and have not yet received them should contact the council on 01226 772045.