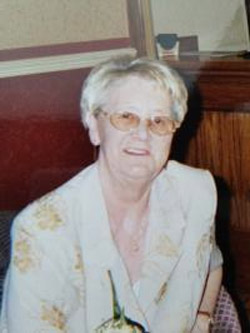 A BARNSLEY grandmother was allegedly throttled, beaten and stabbed more than 40 times in her own home.

Doreen Walker, 75, was brutally murdered for her pension money in her own home on Birkwood Avenue, Cudworth, in April.

After leaving a large carving knife embedded in her neck, 23-year-old Liam Naylor then paid for a night out with his friends with her £104 pension cash.

He later claimed he was acting in self-defence after the pensioner attacked him.

Simon Waley, prosecuting, said there were "in excess of 40 sharp force injuries" to the pensioner's head, face, neck, arms and chest.

Naylor also allegedly smashed her nose and twisted her right arm until it broke.

He then tried to wash the blood from his hands and rifled through her jewellery box upstairs before returning to attack Mrs Walker again.

"During this later attack he cut his own hand leaving his own blood on the knife and on the back door handle as he made his way out of the house," said Mr Waley.

Naylor and his friend Keeley Sweeney, 17, who was the granddaughter of Mrs Walker, then went out in Barnsley town centre with two pals.

END_OF_DOCUMENT_TOKEN_TO_BE_REPLACED 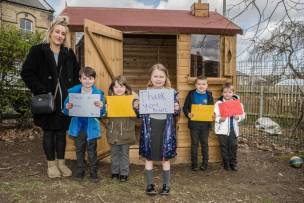