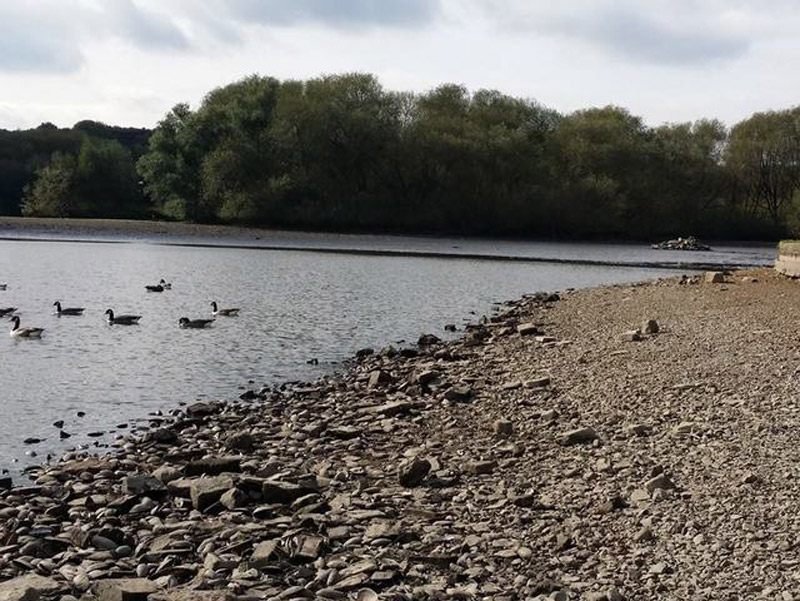 The 60-acre stretch of water at Worsbrough is a haven for wildlife and regularly attracts keen bird watchers and anglers.

But sluice gates have been fully opened at the reservoir for the past eight weeks allowing millions of gallons of water to cascade out.

Levels have deliberately been lowered to allow replacement of leaking sluice gates, the council says.

The result is that herons' nests have been left high and dry, ancient mussel beds have dried out and fishing platforms for disabled anglers are now more than 15 feet above water level.

Keen walker Marie Roberts went walking past the reservoir earlier this week. She said: "I was totally shocked, the reservoir is nearly empty, the wildlife is dying.

"I am disgusted the wildlife is being killed and is suffering. If we have a dry winter there will be nothing left."

Coun Roy Miller said: "The existing sluice gate on the northern side of the reservoir has been leaking. If it failed it could cause an uncontrolled amount of water to flow into the River Dove and potential flooding downstream of the reservoir.

"A replacement sluice gate has already been ordered. We're waiting for confirmation of the dates for its installation which is expected in the next few weeks. The reservoir will refill through natural run off once the works are completed."