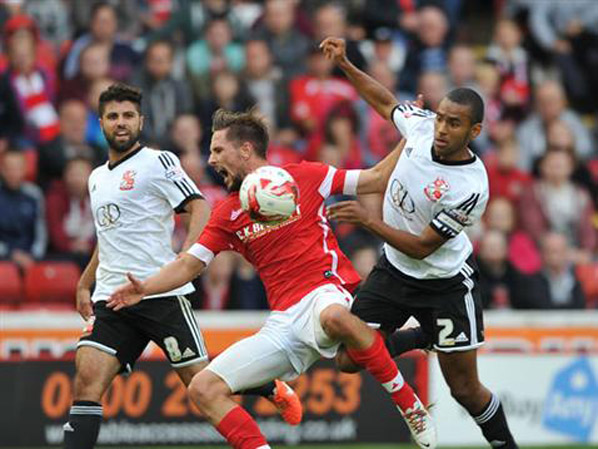 THE Reds were booed off at the final whistle as Danny Wilson's strugglers lost 3-0 at home to Swindon on Saturday.

Barnsley's high-flying visitors - who are now unbeaten in seven league matches - scored three second-half goals to push the Reds into the relegation zone.

Nathan Byrne opened the scoring in the 58th minute, before two goals in as many minutes from Jake Reeves and Andy Williams sealed the points with ten minutes to play.

"It was very disappointing," said assistant manager Chris Hutchings. "We folded as soon as we conceded. We gave away some comical goals, to be honest.

"We're trying different formations to get the best of what we've got and we're coming out on the wrong end at the moment."

Home form hasn't been one of the Reds' strong points so far this season, with four defeats in six matches in the league and cup. Crawley, Crewe, MK Dons and Swindon have all won at Oakwell.