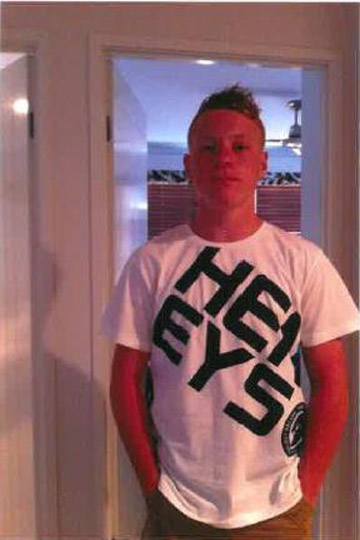 THE mother of a teenage boy who sustained serious injuries in a hit and run has appealed for the driver of the car to come forward.

At around 10.10pm on September 17, it is reported to police that a car had collided with 16-year-old Blake Bailey and a 15-year-old girl, Jessica Green, who were walking along Barrowfield Road, Thurnscoe.

The vehicle did not stop at the scene.

The vehicle, thought to be a dark-coloured small car, was travelling along Barrowfield Road towards Goldthorpe. The car may have sustained front end damage.

Blake remains in hospital being treated for serious injuries including a head injury that required surgery as well as fractures to his leg, pelvis and shoulder.

Blake’s mum Michelle has now made a direct appeal for anyone with information about the collision to come forward to police.

She said: "It's been terrible for the family, we are devastated. Blake is such a lovely lad, he would help anybody.

"We have had lots of support from family and friends but I just can't understand what's happened.

"All I'm asking for is to find who did it. Just come forward."

Police are following a number of lines of inquiry but are keen to speak to anyone with information.

Witnesses to the collision, or anyone with information about the whereabouts of the vehicle, should call 101 quoting incident number 1171 of September 17. Alternatively, call Crimestoppers anonymously on 0800 555 111.