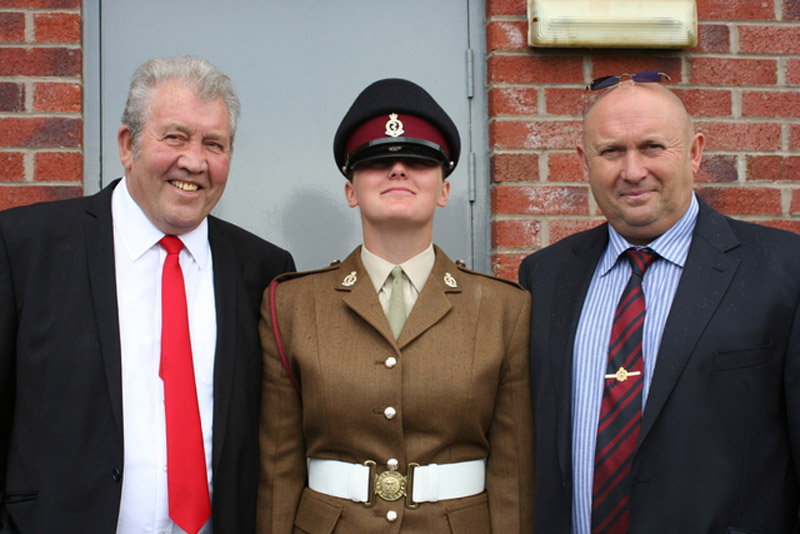 A BARNSLEY teenager has maintained a family tradition by successfully passing out as a junior soldier with the British Army.

She will now join the Royal Army Medical Corps, beginning her training in Lichfield this month as a combat medical technician.

Kelly's dad, Robert, had a military career with the Royal Engineers and both of her grandfathers served in the now defunct Kings Own Yorkshire Light Infantry.

Robert and Kelly's mum Gillian met as a result of the regiment's connection and now Kelly's decision to opt for a military career moves the family's army link onto another generation.

"There's a lot of history in the family with the army and I met my husband because of the connection with the KOYLI," said Gillian, of Fairburn Grove, Elsecar.