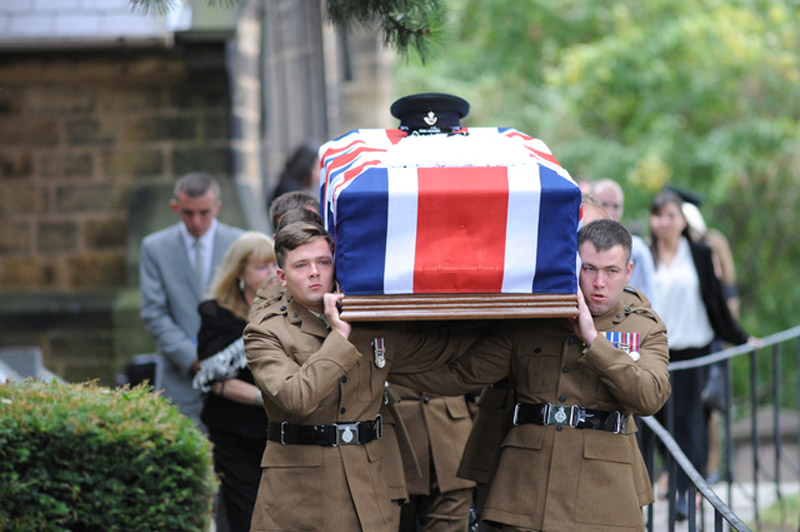 HUNDREDS of friends and family gathered for the funeral of Barnsley soldier Dale Harris.

Comrades carried his coffin from St Thomas's Church in Worsbrough Dale on Thursday after the service with full military honours.

Dale, 24, a rifleman in the 2nd Battalion The Rifles, and an army friend, both died on August 1 in Northern Ireland when a tractor collided with the car they were travelling in.

The weekend before he had been home on leave with his wife Carly, two daughters, his parents and his brothers and sisters.