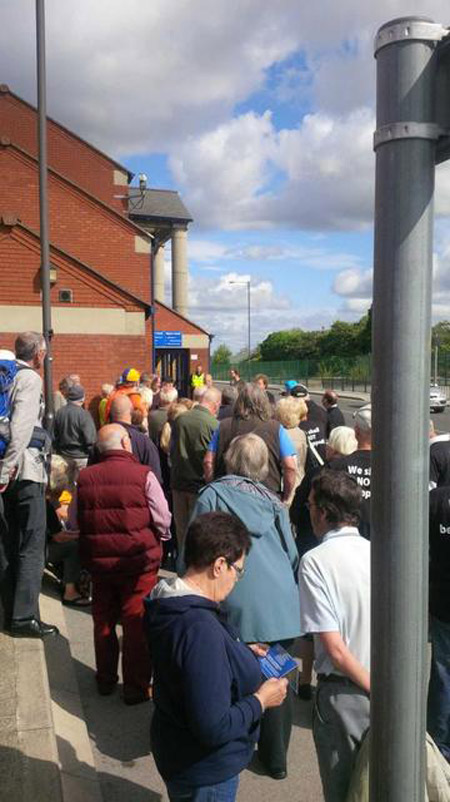 PROTESTERS campaigning against cuts to free train travel for the elderly voiced their opinions outside Barnsley Interchange on Tuesday.

The Freedom Riders group - which wants free travel for the elderly to be restored in South Yorkshire - have been staging protests since the new rules came in on March 31.

The campaign has been running for several months and the protests have already seen the reinstatement of free travel in the region for disabled people.

"This has been made clear to the protesters, who initially said they welcomed the half-fare scheme.

"I would remind protesters that travelling on a train without a valid ticket is illegal, is theft and could result in arrest."