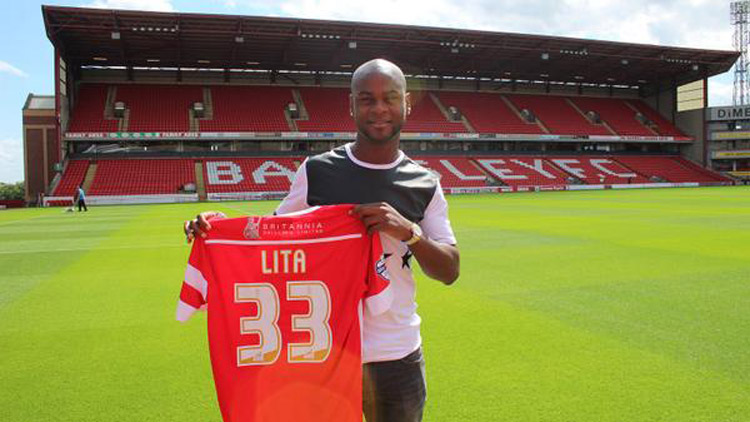 Lita, who is the Reds' third forward signing of the summer, also joins Sam Winnall and Kane Hemmings in a completely new-look attack.

The 29-year-old was released by Premier League outfit Swansea at the end of last season, having made just six starts in his three-year spell in Wales which was blighted by loan spells.

Having started his career with Bristol City, he was signed by Reading for £1 million after bagging 38 goals in 100 appearances.

Loan spells with Charlton and Norwich followed, before he moved to Middlesbrough on a free transfer and regained his form.

Swansea then paid £1.75m for Lita in 2011, but the striker struggled to make an impact and was loaned to Birmingham, Brighton and Sheffield Wednesday.

"I just want to get back to playing football regularly again and I’m going to get that opportunity here."

What do you think to the signing? Have your say below.