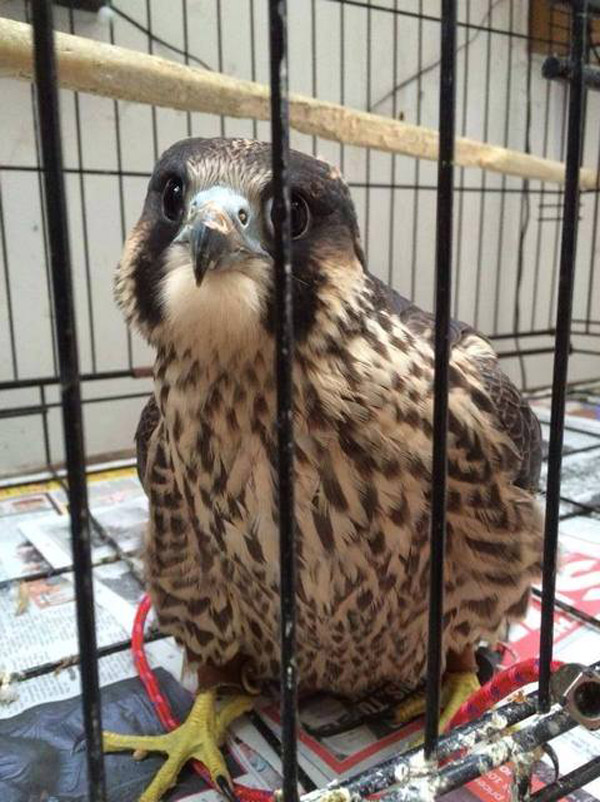 Peregrine Falcon Reunited With Its Owner After Weekend Storms

A PEREGRINE falcon which was downed by Friday's torrential rain has been reunited with his owner.

Steve Clarke got in touch with We Are Barnsley on Sunday in a bid to trace its owner, after he found it near Kendray Hospital on the night when the town was battered by a storm.

After we posted an appeal on Monday, the post was shared over 70 times and Dave Williams, the owner, came forward later on in the afternoon before being reunited with his bird.

"He was frightened and broke lose from his perch in the garden," Dave said. "I would like to thank everyone involved with his return."