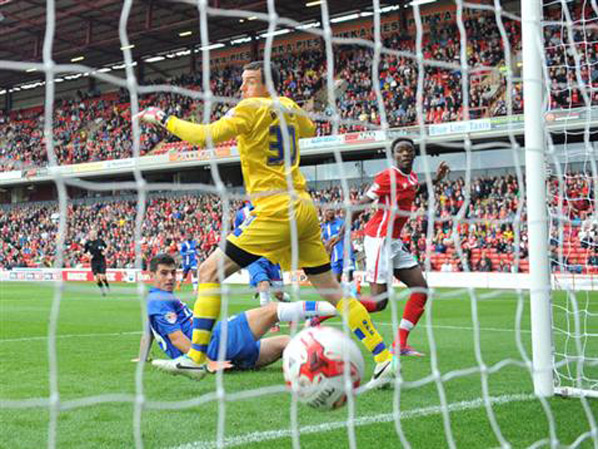 Praise For Reds After Dominant Display

DANNY Wilson has praised his side's attacking threat after watching them hit four past Gillingham at the weekend.

The Reds extended their unbeaten run to three games with the 4-1 win on Saturday, with goals coming from Conor Hourihane, Sam Winnall, Devante Cole and Dale Jennings.

Hourihane, who is getting a reputation for scoring spectacular goals, continued his good run of form with a 25-yard screamer into the top left corner to set Barnsley on their way after 21 minutes.

Striker Sam Winnall doubled the Reds' lead nine minutes later with a well-taken header, before loan signing Devante Cole sprung from the bench in the second half to get Barnsley's third and his first for the club.

Gillingham striking Danny Kedwell pulled one back for the visitors with 20 to go, before Dale Jennings pounced to find the back of the net from close range to seal the win.

"The three points are very important in front of your home fans," said Wilson. "We want to make it a difficult place to come for opposition teams and I think we did that.

"We pressed the ball well. We showed great determination to get ourselves in front.

"Cole and Jennings were absolutely brilliant. They offer a different dynamic and stretch teams out."