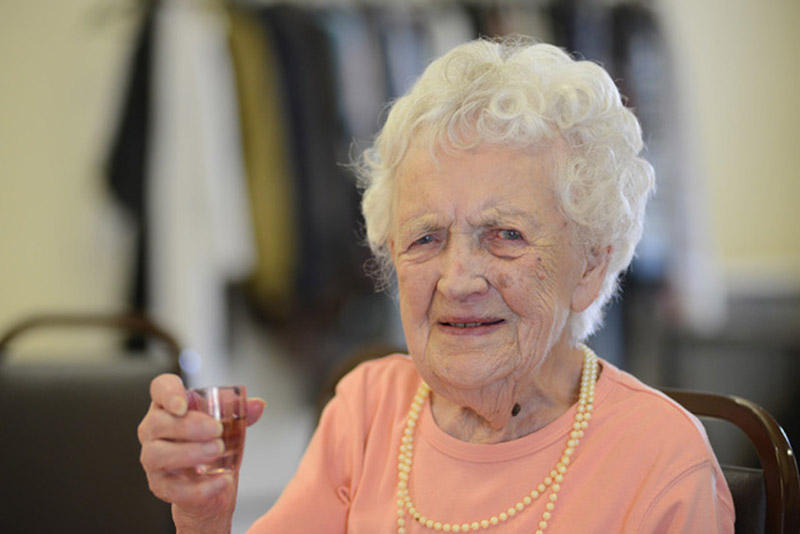 A VERY special party was thrown for a 100-year-old resident last week!

A luncheon club, based at St Andrew's Square in Bolton, celebrated its oldest member's birthday on July 16.

Trudy Orton, of Canberra Rise, Bolton, has been a member since the club began and previously worked as a nurse.

Going blind ten years ago has not stopped her being the same person she always was.

Daughter Angela, 54, said: "Being blind does not stop her one bit.

"She's fiercely independent and very strong-willed still. She loves being outside and in the garden.

"It was very nice for her to have a party to celebrate."

Joan Poynton, from the club, added: "Trudy has been coming for years and is a real character. We hope she enjoyed the party we threw for her."

Trudy was raised in Swinton and was married to Raymond, a miner, until his death in 1972.