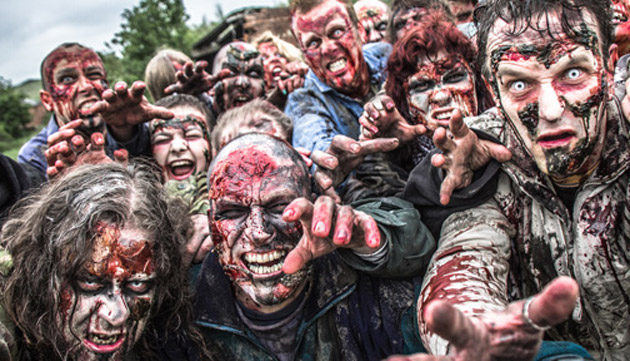 Barnsley Hospital Charity is currently looking for people to get involved, whether it's to be zombies, makeup artists, runners or just general volunteers to help the day run smoothly.

During the 5k run, participants have to tackle various obstacles while avoiding hordes of zombies.

At the beginning of the race, runners are given a life belt with three lives; anyone who finishes the race with at least one life has survived the apocalypse.

A Zombie Run promotion will be held at Worsbrough Mill Fair on July 20 where the public can chat to the charity team and find out more.

Contact the charity on 01226 431915 or email either katiecartwright@nhs.net or tanyaoates@nhs.net if you would like to take part.