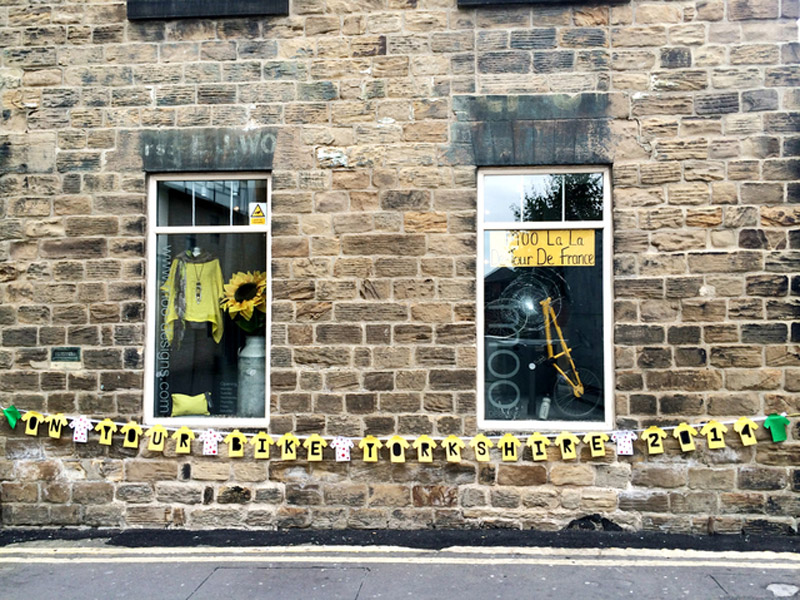 WOULD-BE thieves almost had a Barnsley shop owner throwing in the towel after they tried to break into her shop.

They tried to smash the window at Moo Designs by using a crow bar, but were unsuccessful.

The did not get in or manage to take anything but because the window could not be replaced straight away, owners Holly Gaunt, 26, and her mother Clare Bottomley decided to create a Tour fe France-themed window display, dubbed 'Detour de France'.

They trimmed the window with bunting and a put up a 'Moo La La' sign, while the scene depicts a bike having smashed into the window because it's gone the wrong way.

Clare said: "We felt like closing down, we'd just had enough. We had been to two funerals a few days before and this was the last straw - it's the second time.

"But we thought about it and talked about it and Holly said we're not going to let them beat us so we decided to turn it into something positive."