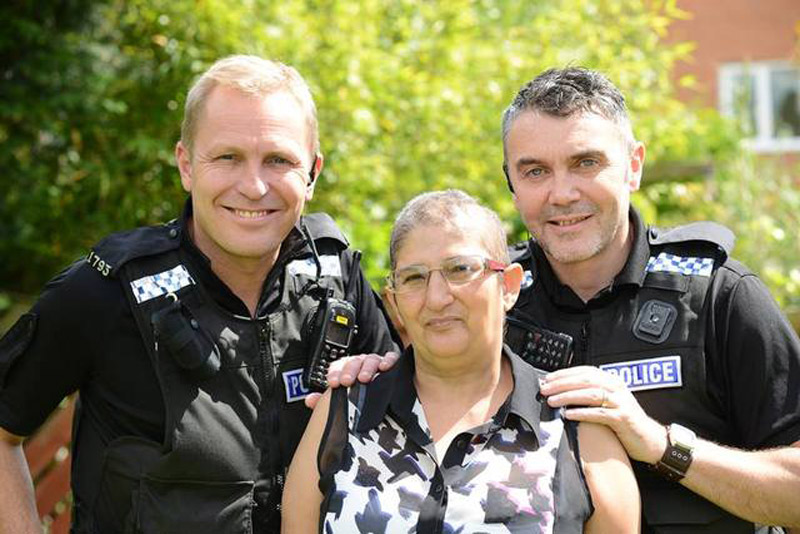 A WIFE who was scalped and beaten by her husband of 38 years has thanked the police officers who saved her.

Manjit Sekhon, 56, of Kirkland Gardens, Monk Bretton, was attacked by her husband Ajit on the morning October 18.

Sekhon was found standing over his wife as she was drifting in and out of consciousness by PC Chris Jackson who had received a call about a disturbance.

His colleague PC John Gallagher was attending to the couple's son Paul, 32, who had fled to a neighbour's house after also being attacked by his father.

Manjit, who pretended to be dead during the attack, said: "I wouldn't be here if it wasn't for them. I'm so grateful to them and will never, ever forget what they did for me."

In an emotional reunion with Det Sgt Stuart Hall and the two officers yesterday, she thanked them for saving her life.

PC Jackson said: "We are hardened police officers and we get used to seeing things but there are still things that shock us.

"I was worried Manjit was going to pass away while I was with her but she kept talking to me like the trooper she is and she's here today, strong as an ox and looking marvellous."

DS Hall said Manjit's injuries were the worst he had ever seen on a person who survived.