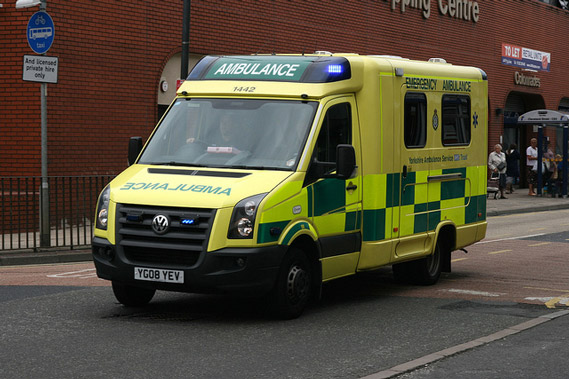 AN AMBULANCE crew and a car driver were injured in a crash last week.

The ambulance collided with a silver Volkswagen Passat on Pontefract Road, Lundwood, at about 7.30am on Tuesday.

The front end of the ambulance was badly damaged in the smash.

A spokesman for Yorkshire Ambulance Service NHS Trust said: "We can confirm that one of our ambulances was involved in a road traffic collision with a car on Pontefract Road in Barnsley.

"At the time of the collision the double-crewed ambulance was not responding to an emergency call and did not have a patient on board.

"As soon as the incident was reported two ambulances, a clinical manager and clinical supervisor were deployed to the scene.

"Both the ambulance crew and driver of the car were assessed at the scene and treated for minor injuries and were all transported to Barnsley Hospital for further care.

"This incident is currently being looked into by the trust and we are assisting the police with their enquiries."