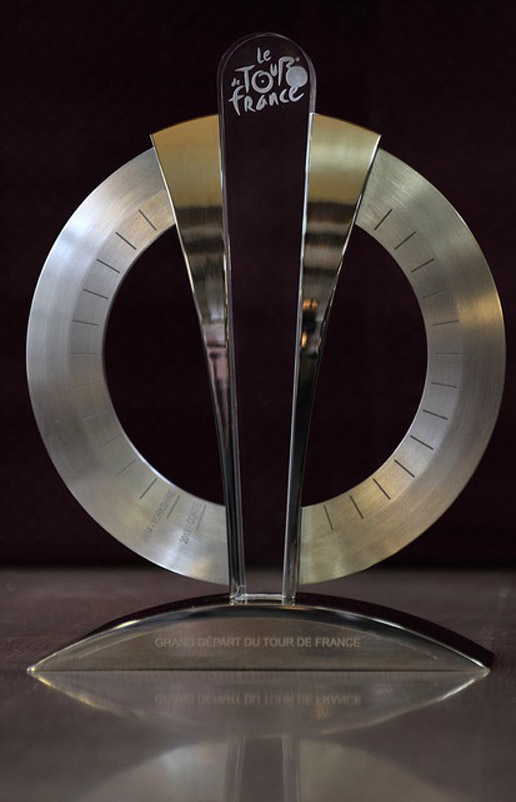 PEOPLE across Barnsley will have the chance to see the Grand Depart trophy for the Tour de France as it goes on display.

The official trophy, which is awarded to the city or area which will play host to the opening stage of the tour, will be on display at four sites around the borough between 25 May and 1 June.

Yorkshire will be the second name to feature on the trophy, commissioned by the Amaury Sport Organisation, which organises Le Tour de France, and designed by the award-winning French photographer Yann Arthus-Bertrand.

It goes on display in Barnsley town hall on Sunday, 25 May, before being taken on a short journey across the town centre to the new temporary library building on Wellington Street on Wednesday, 28 May.

It will be on display at Penistone Grand Depart information hub in the former council offices on Shrewsbury Road on Thursday, 29 May and then travels right across the borough to Goldthorpe library on Friday, 30 May before being taken back to Barnsley town hall for the weekend.