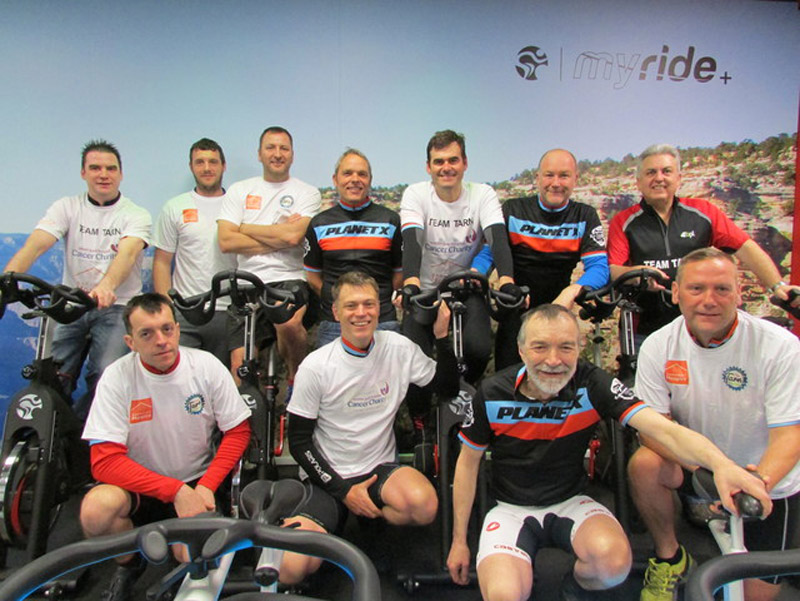 A GROUP of amateur cyclists hope to raise £5,000 for the town's hospice and Weston Park Hospital by pedalling the 400 miles from Land's End to Barnsley.

Team Tarn has already notched up more than 900 miles and £6,000 for charity, but this is their biggest effort yet with nine riders and a two-strong technical support unit.

The two support riders, Dale Heley and Frank Poulton, are also from Barnsley.

Other members of the team include James Warren and Michael Hirst, both from Rotherham, and Martin Wajner, from Holmfirth.

They are now training hard to increase stamina and fitness levels.

Glenn Tolan, 44, of Sennen Croft, Monk Bretton, said: "We're all work colleagues and friends, and we're all looking forward to the ride.

"We've all been training hard because it's going to be a tough couple of days doing 100 miles per day."

The group, which has gathered 1,100 fans on Twitter and Facebook, is due to arrive in Barnsley on June 16.