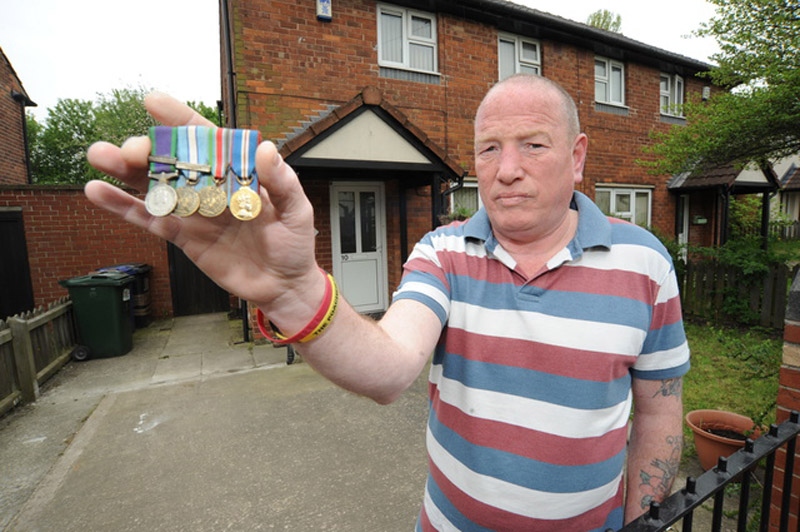 A FORMER soldier is reeling after medals he earned for serving Queen and country were stolen during a break-in at his family home.

Pete Smith's Northern Ireland general service medal with a Kuwaiti clasp, a Bosnia UN medal, a Cyprus UN medal and a Queen's Silver Jubilee medal were stolen from his Rufford Avenue home, Athersley North, at about 6.25am last Sunday.

Pete, 50, served in the 2nd Battalion of the Royal Anglian Regiment for 20 years after joining in 1979.

He says the medals are not particularly valuable, worth about £300 to £400 in total, but are of huge sentimental value to him.

He said: "It is nice to put the medals on once a year for the remembrance service and they are symbolic for me, the Northern Ireland medal in particular because I lost a few friends out there and they are important to me.

"To know some scummy person has got them, well, I am gutted. They will probably be sold for drug money or end up at the bottom of a skip."