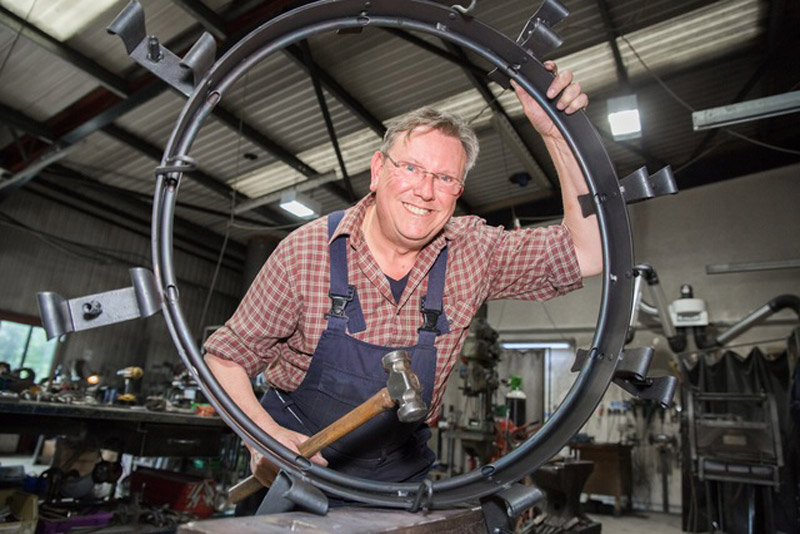 Game Of Thrones Spotlight For Company

A COMPANY which is keeping traditional metal-working skills alive has found its products in the spotlight at the Tower of London and appearing on Game of Thrones.

Nigel Tyas Ironworks has just supplied a giant chandelier to the Tower and curtain poles for the set of the Sky Television fantasy drama.

In the last few months the company, based at Bullhouse Mill, near Penistone, has also made chandeliers for a Covent Garden restaurant, a top Scottish hotel and several churches as well curtain poles and light fittings for a luxury log cabin holiday park near Inverness.

The company, which was set up in 2000 after Nigel lost his job as an engineering blacksmith, started off in a tiny garage in Penistone and has grown gradually over the years.